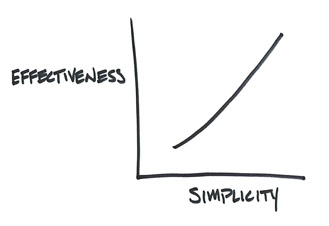 Why do we say we want simplicity and then chose complexity? It often starts when we get caught in the trap of two competing stories. In the first one, we tell ourselves we want to simplify, simplify, simplify. In the second story, we tell ourselves that the solution to an important problem has to be complex. The reality is that getting something simplified is the ultimate form of sophistication, so why don’t we choose simplicity when it comes to financial planning? ...
... I’ve seen people disappointed when I’ve proposed a simple solution to their investment or financial planning problems. Often the solution can be reduced to a simple calculation on the back of a napkin, but clients somehow take comfort from a 100-page paperweight packed with a thousand calculations. Logically they know that complexity isn’t a guarantee, but it seems to make people happy.
READ FULL POST HERE AT BEHAVIORGAP.COM
Behavior Gap is a registered trademark of Carl Richards.

Posted by Andy Matthews at 9:10 AM

Outside the Flags: The Rate Show

Any financial editor knows interest rate forecasts always make popular articles. After all, so many people are sensitive to rates either as lenders or borrowers. If only they knew they don’t need a forecast to invest wisely.

With forecasting economists seeking publicity and the media wanting easy cut-and-paste coverage that keeps readers clicking through to see the ads, it’s easy to understand the demand for stories speculating on rate movements.

But what’s not often appreciated by the general public is that the wholesale bond market is usually two to three steps ahead of the official forecasters in pricing in expectations for what the central bank might do.

In viewing this phenomenon in action, Australia is a good example because the Reserve Bank here has moved ahead of the rest of the world in slowly moving up official cash rates from crisis levels closer to long-term averages.

The chart below compares benchmark short-term lending rates in Australia, the UK, Canada, the Euro area, Japan and the US over the last six years. As you can see, while rates in the other major developed economies have remained at 1 percent or lower, Australia’s cash rates have moved up from 3 to above 4 percent since late 2009 due to the relative strength of its economy.

While the RBA kept its cash rate on hold throughout the June quarter after the last move in May, newspapers at time of writing were full of speculation about a possible resumption in this policy tightening program in November.

This speculation is good for circulation as it gives people the perception that by closely tracking the views of the market experts, they can manage their portfolios in a way to avoid the impact of the rate increases when they come.

The problem for the general audience is that all that information and commentary and analysis from the bank economists tends to be already reflected in prices. In other words, by the time you read about it, it’s old news for the market.

And even if you did get the “inside word” on anticipated interest rate moves, there is no guarantee that new events will not occur in the meantime to change the outlook yet again and leave your timing strategy in tatters.

Take, for instance, what happened in Australia in early October. The RBA took the market “by surprise” in not announcing a rate increase after its monthly policy meeting. The move had been seen as such a sure thing that one major national newspaper had the story pre-written and published on its website that the rate rise had, in fact, happened when it, in fact, hadn’t.1

The story quickly disappeared when an alert editor noticed the central bank’s website actually said rates had not changed, but some astute blogger was clever enough to take a screenshot before the evidence could be removed.

In late October, the Reserve Bank published minutes of that meeting, revealing that the decision had been “finely balanced”, but that the sudden surge in the Australian dollar in early October had been one consideration in waiting.2

Financial markets then began to speculate again on the likely next move. This chart of implied yields on 30-interbank cash rate futures – a proxy for official cash rate expectations – shows that as of late October the market was already priced for at least two further quarter percentage point rate rises over the coming year.

This is not to suggest these priced-in increases are a done deal. But it serves to highlight that markets move very quickly in anticipating interest rate changes. Naturally, as new information comes to light, that pricing may change.

But the important point for the small investor is that the noise around interest rates in the media usually reflects expectations that are already in the price. It is incredibly difficult, without inside information, to second guess the market and forecast interest rate movements with any sustained accuracy.

This is why Dimensional does not try to play the forecasting game. Instead, it works with the opportunities in the yield curve as they present themselves day to day. When there is an opportunity for taking on more term risk (longer-dated bonds), the portfolio managers will do so. But when the yield curve is inverted (short-term interest rates are higher than longer term), they will move the strategies closer toward cash.

This is not a market timing approach. It is about taking on more term risk when there is an acceptable reward for doing so and winding back on term risk when expected returns from that risk factor are not so great.

In Dimensional’s newer US fixed interest strategies, it takes a similarly variable approach to credit risk, adopting greater risk when expected returns from lower-rated investment credits are high and winding back when anticipated rewards are low. As always, risk is controlled by very broad diversification.

So the bad news about interest rates and fixed interest investing is that there is no such thing as a crystal ball that works. The good news is that you don’t need one to invest successfully in this asset class.

2. Minutes of the Monetary Policy Meeting of the Reserve Bank of Australia Board, Oct 5, 2010
Posted by Andy Matthews at 2:09 PM

As investors make the flight to safety, are they missing a golden opportunity in stocks? Jeremy Siegel, a professor of finance at Wharton, shares his view: 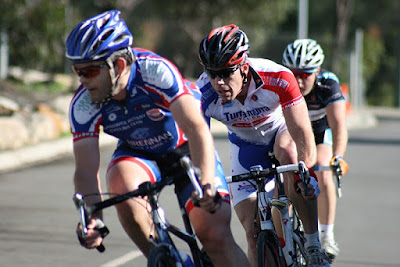 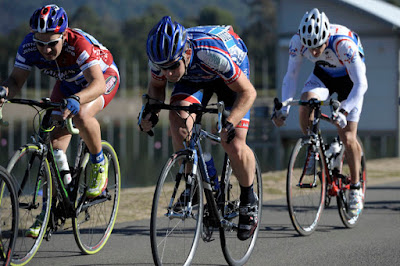 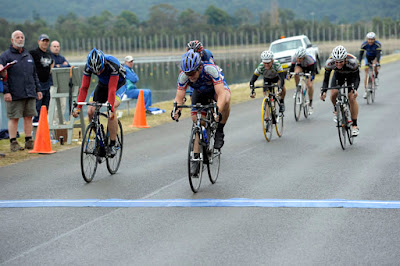 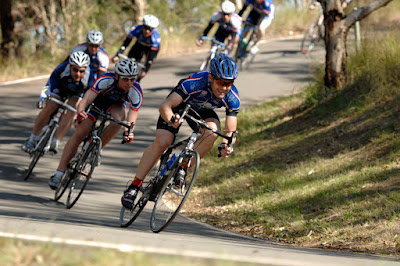 Posted by Andy Matthews at 3:15 PM

What Makes Us Tick? Hugh Mackay

Requiem for a Species by Clive Hamilton

Posted by Andy Matthews at 1:33 PM

Things You Should Focus On 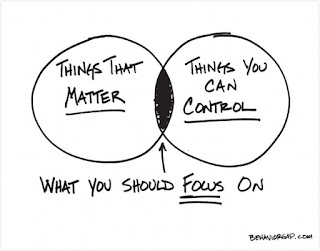 Not surprisingly, the percentage of self-managed super funds seeking investment advice fell in the immediate wake of the global financial crisis.

When investors are disappointed with their returns, many typically think they can do a better job by themselves – although logic would suggest that when returns are suffering, quality professional advice is even more needed.

Now with stronger investment markets, more SMSF trustees are beginning to turn back to financial planners.

The 2010 SMSF Investor Report, released this week by specialist investment researcher Investment Trends, reports that more than 65% oSMSFs gained investment advice over the past 12 months – up rather modestly at this point from 61% i2009.

The particularly interesting percentages provided by Investment Trends are that back in 2007, before the GFC, 71% oSMSFs gained professional investment advice, and this percentage had fallen sharply to 61% blast year. So there is still quite a bit of ground for advisers to recover.

According to the report, just 10% oSMSFs seek investment advice because the trustees are “uncomfortable making their own investment decisions”. Many more seek advice to get a second opinion, gain access to a wider range of investments and to gain access to an adviser’s technical skills.

Clearly, a challenge for advisers in the future is to convince SMSF trustees, and other investors for that matter, that their services are needed throughout all market conditions – good and bad.

* Written by Robin Bowerman, Head of Retail at Vanguard Investments Australia.
To receive this column by email each week, register with Smart Investing™.
Posted by Andy Matthews at 4:06 PM